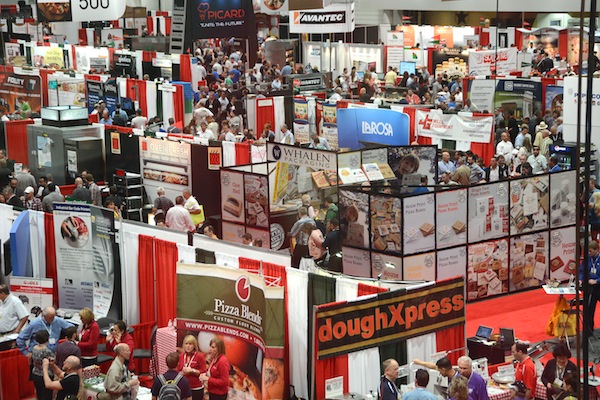 LAS VEGAS (March 8, 2016) — RC’s NYC Pizza & Pasta is proving its claim to not only the best pizza in Houston and Texas, but also a true, authentic New York product.

The owner, RC Gallegos, is competing March 7-10 at the International Pizza Expo in Las Vegas, the world’s largest pizza show. RC will compete in the Traditional division against top pizza makers from around the world.

RC’s wife, Arely Gallegos, is continuing the family tradition and competing in the Pan division with an all-meat Butcher’s Block pizza.

RC has been competing at national pizza competitions since 2009, where he took home 1st place at the Pizza Expo in Las Vegas for his classic plain cheese pie, a category typically dominated by NYC pizzerias. It was the first time a plain cheese pizza had been entered into the competition, much less won.

Gallegos’ pizza prowess was acknowledged and his claims to “authentic New York pizza” were confirmed with a 2nd place win in the Caputo Cup against 20 other pizzerias, all from New York and New Jersey. RC created the award-winning cheese pizza with his signature homemade sauce, his award-winning pizza dough, and topped it off with his love and passion for his craft.

The three celebrity judges had this to say about RC’s pizza:

“RC’s pie was delicious! A true NY-style pizza handcrafted by a man who respects the craft. RC’s pie was a memorable one, and one of our Top Three in the competition. New Yorkers watch out, you got big competition coming straight out of Texas.”
— Tony Geminagi, 11-time world champion, master instructor, author of The Pizza Bible

Join our newsletter to stay up to date with coupons, news and announcements!

​Home of the best Authentic New York Pizza in Texas!